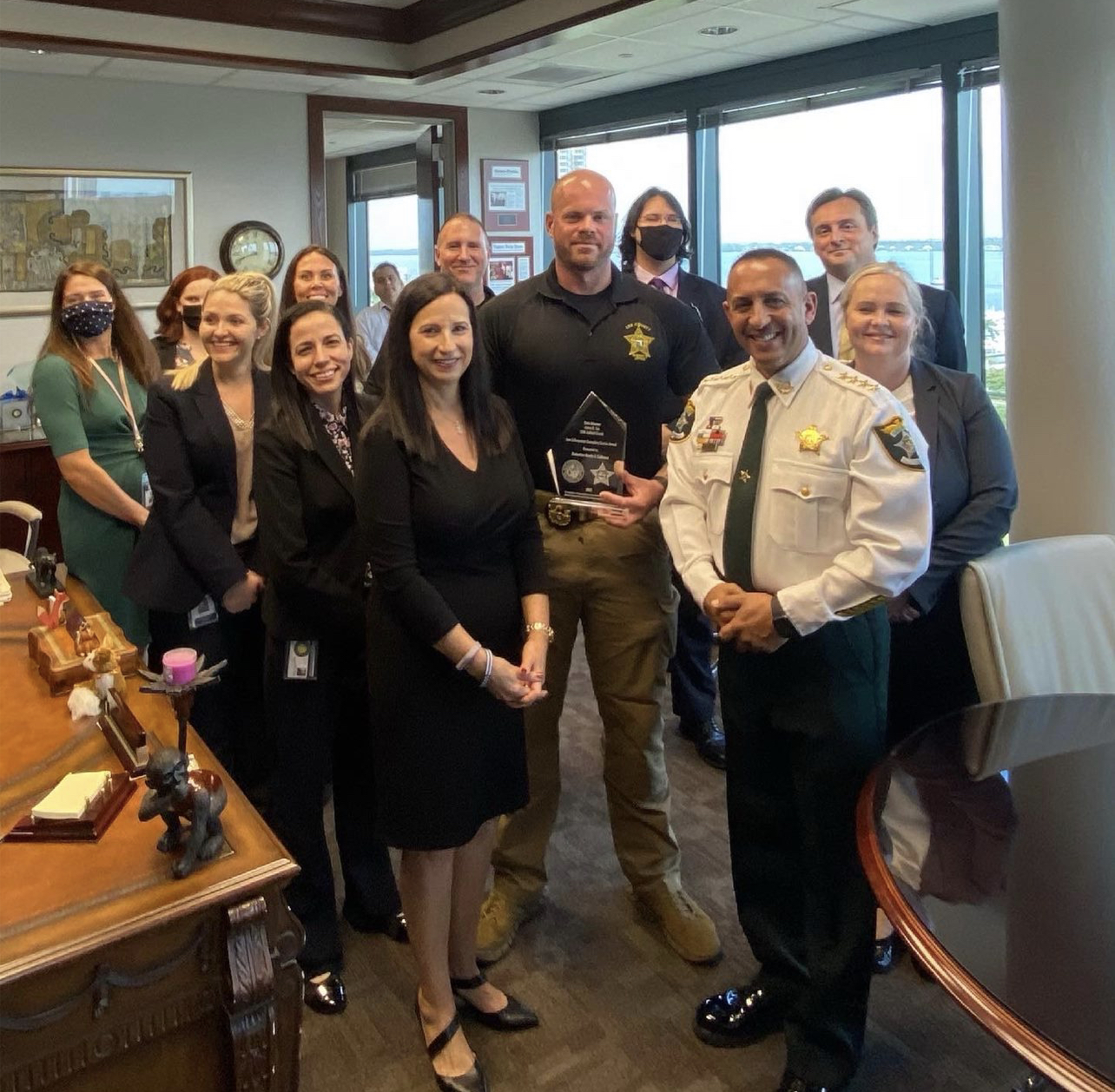 Amira Fox was elected in 2018 as the State Attorney for the 20th Judicial Circuit of Florida covering Charlotte, Collier, Glades, Hendry and Lee counties. She is a graduate ofAmerican University in Washington D.C. with degrees in International Studies and Economics. She received her law degree from The George Washington University in 1990.

Amira began her career as an Assistant State Attorney with the 20th Judicial Circuit in 1990, working in the misdemeanor, juvenile and felony divisions, before becoming head of the Hendry and Glades office in 1998. In 1999, she became the first female head of the Collier County office.

In 2002 she entered private practice and formed her own firm in 2004, where she specialized in criminal defense and family law. She rejoined the State Attorney’s Office in 2012 as Chief of the Homicide and Economic Crime Units, becoming Chief Assistant State Attorney in 2015 overseeing the day to day legal and administrative functions of the office.

In November 2018, Amira was elected as the third State Attorney, and the first female State Attorney, in the history of the Circuit. In her career she has prosecuted hundreds of cases including numerous first-degree murder death penalty cases. She serves as the Secretary of the Florida Prosecuting Attorney’s Association and was appointed by Attorney General Ashley Moody to the Statewide Council on Human Trafficking. She also is a member of the Supreme Court of Florida Criminal Court Steering Committee.

Amira has received the GEM award for excellence in public service, a Leader in the Law award by the Florida Association of Women Lawyers, the Commitment to Justice award from the Fallen Officers Foundation, and the Woman of the Year award from the Women of Distinction.

She is also an active member of the community and serves in various capacities for numerous organizations including the Fort Myers Rotary Club, The Shelter for Abused Women and Children, The Foundation for Lee County Public Schools, PACE, and Relay for Life.

Amira’s husband Mike served with the Collier County Sheriff’s Office for 30 years and they have four children. Amira and Mike reside in Fort Myers with their German Shepard Dez.